God is still in control, even when things are going wrong! 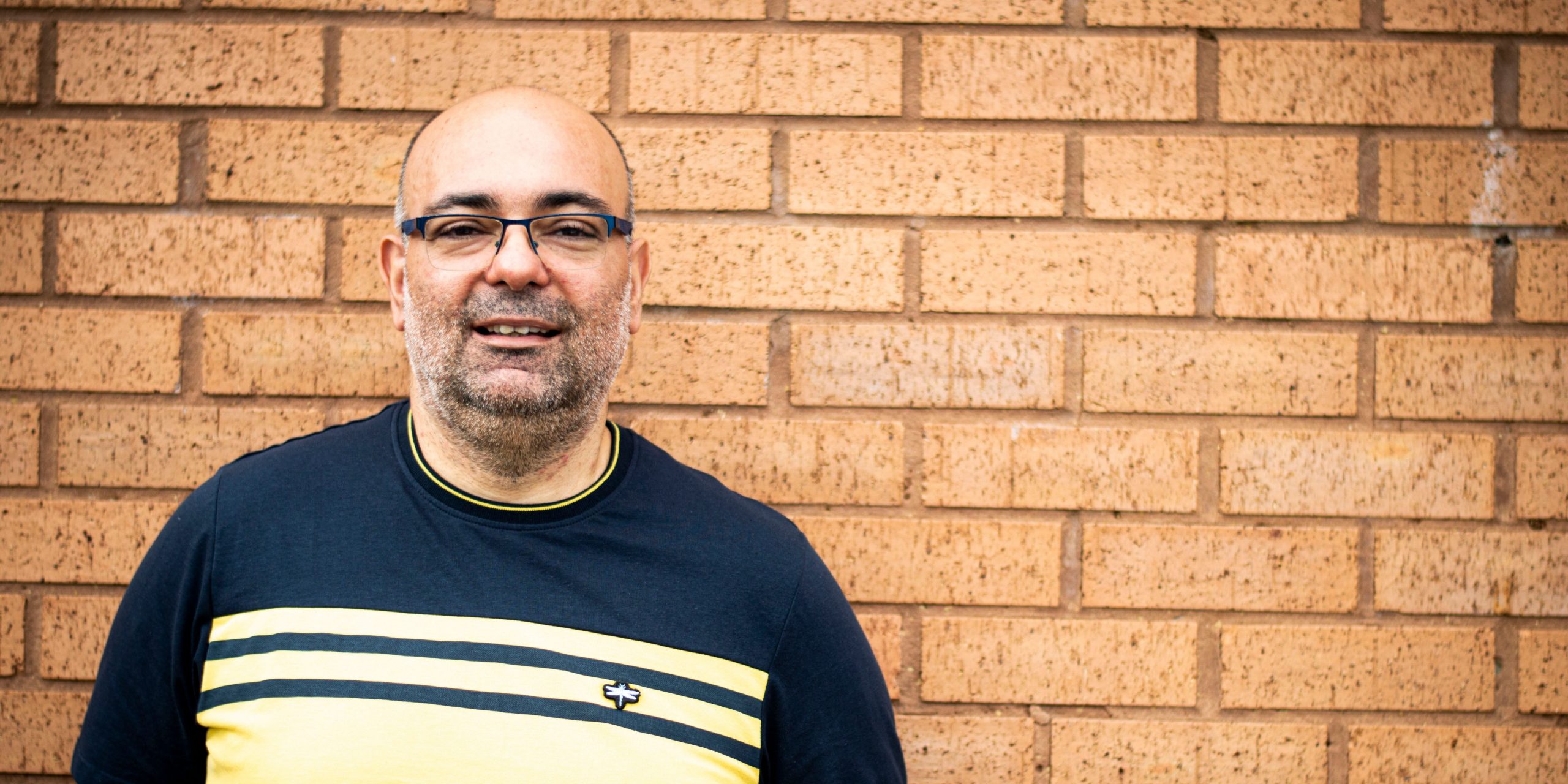 The son of Italian immigrants who left Sicily, it seems, to escape the Mafia, Franco grew up in Stoke-on-Trent. Prayed over by his mother even before his birth, he became a Christian at the age of 16 and went to Elim Bible College, before transferring to Manchester University to study Religion and Humanities.

His studies were followed by a series of dead-end jobs; but he and his wife Jill, who was working at UCB Radio (United Christian Broadcasters) at the time, received a prophetic word from one of Jill’s colleagues which said, “Start a course and finish it.” He responded in faith by quitting the job he had at the time and retrained in Computing/IT, seeing God wonderfully open up courses and finances along the way.

Since that time, “God has miraculously opened doors”, Franco says, providing great jobs with North Yorkshire Police, which brought them to the area in 2004, followed two years later by an IT job with global giant Cisco. “Everything was going great. I had good, well-paid work, and we were deeply involved in local church life.”

But all that came crashing down when, after 11 years with Cisco, Franco was made redundant. “It was a massive shock, and redundancy brought an enormous storm into my life and that of my family. Looking back, I can now see that my job had become a huge part of my identity.”

The next couple of years saw Franco having to take jobs away from home, just to pay the bills. But while these jobs paid well, they took their toll on family life. “But God is provident, even when things go wrong. He is there, working out his plans though everything – even in things that, from our point of view, go wrong,” Franco says. And that was certainly the case over these two years. It was in this period that Jill, who had stayed home to raise their 3 children, felt she should return to the workplace and, in fulfilment of a prophetic dream given her years earlier, trained as a social worker. Meanwhile Franco decided to try teaching and started teacher training in Hartlepool; but he soon discovered it wasn’t for him.

It was a mixture of prophetic and prayer that began to turn things round. Franco received helpful prophetic words from a member of their Community group and from some of TVC Church’s prophetic team in a ‘Hearing from God’ session. “God reassured me that he knew what I had been though and that he would make a new way ahead.” A Christian friend encouraged him to make a prayer list of what he wanted from a job and to start bringing that to God each day. “Within just a few weeks, my old employer Cisco contacted me, offering me a job – a job that answered every single item on my prayer list! It was like manna from heaven – simply amazing!”

So what has Franco learned on this journey? “To trust God’s providence and to trust God’s prophetic. We have a supernatural God who is provident, who works all things together for his good purpose. I have learned to listen to him and depend on him, not on other things, and to be content in him, not trying to prove something. Whatever the future holds, I really do trust that the Lord will continue to love me and provide for me – and for all of us in Christ Jesus!”